“Smart people know how to hold their tongue; their grandeur is to forgive and forget.”

“People with good sense are slow to anger, and it is their glory to overlook an offense.”

I am amazed!  Maybe that’s not the best word for it.  I am troubled.  I think that is more appropriate.

The offense of this week is the red cups of Starbucks.

I’ve noticed something.  Christians are too good at being offended.  Trust me.  I know.  We are all subjected to it.  I’ve lived it personally.  Up close and in living color.

I wonder what it must say to the world.  We are having high-speed come-aparts over a red cup.   A secular company.  Their great commission is not concerned with reaching people with the gospel.  Their commission is serving great coffee and creating a comfortable place for folks to gather.  Which they are fulfilling.  God is not depending on Howard Schultz to spread the real reason for the season through Starbucks.

Unfortunately, I think Christians are living out their reputation of being angry, spiteful and opposed to everything.  We are experts at being offended and being angry.  This isn’t what is going to invite in the hurting.  And, why would it?  Why would they want to subject themselves, their mistakes and regrets to the scrutiny of Christians?  I’m sure a root canal without anesthesia holds more attraction.

It doesn’t have to be a red cup.

Just pick a topic.  Ahhh, and just think about all the wasted time boycotting.  For the most part, we would not have any place to eat, shop, or entertain ourselves.  Maybe we should boycott movies and theaters—maybe television.  Let’s not go to movie theaters or subscribe to Netlix, Direct TV,  Amazon or Barnes n Noble (shouldn’t support the book publishing industry).  For goodness sake, we probably should all become self-sustaining and walk everywhere.  That way we do not support or even concern ourselves with anything that could possibly be of the world.  We won’t sully our hands this way.

How about this one? 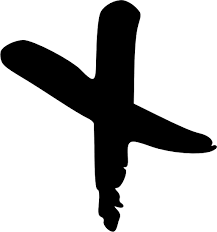 We are really good at bashing our own.  Take your pick of national ministers.  They offend someone theologically or maybe it’s just the size of their home, and God bless them.  I wouldn’t want to be them.  And, don’t forget, it always has to be a public scathing on social media.  Who are we to feel so superior to judge so harshly and diminish a person’s ministry over differing viewpoints?  It does more damage than good.  (I won’t even get into the hurt it must cause their families.)

“People with good sense are slow to anger, and it is their glory to overlook an offense.”

Christ followers should be the most joyful, grateful, grace and hope-filled people around.  But, it sure seems like sometimes we only know how to be offended.  I’m not talking just about on a national scale.  But how about our average every day, in and out?  It’s living in our local churches and communities.  It’s no wonder discouragement is the number one hazard of ministry.  Those who are involved in ministry often feel they are damned if they do and damned if they don’t.  It’s often never good enough. 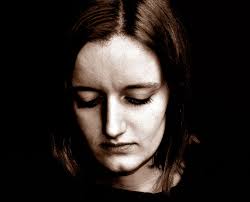 I think my biggest concern is that we are often times too easily and too quickly offended.  We are too quick to call each other out.  What has happened to just overlooking an offense?  What has happened to civility?  Why can’t we realize people make mistakes or are just different than we are?  Where is grace?

Graciousness is an art form that is all too easily neglected.

Let me be very clear.  I am not talking about ignoring and condoning sin.  I am not talking about being lazy or lassez-faire in guarding our own.  But, first, the right to speak into someone’s life must be earned.  That is only done through relationship and commitment.  Gossip or slandering on social media, or just among ourselves, is not the responsible way to handle issues.  I’m going to use a southern term—it’s ugly.  Why do we want to be ugly?  It doesn’t compel anyone. 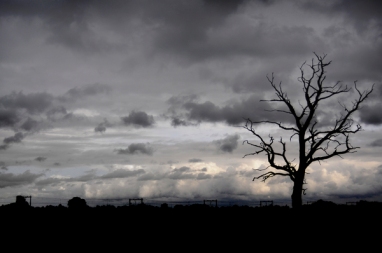 I can be too easily offended.  I am constantly working on giving the benefit of the doubt.  I know life is more peaceful and joyful when I am not allowing myself to give in to offense.  Offended people are not happy people.  It only leads to bitterness.

The greatest fight we can engage in spiritually is to refuse to be offendable.

Let’s live out of a life-giving mind and heart.  Not everything must be confronted or called out.  Not every offense even needs to be acknowledged.  Sometimes, we just need to shake it off and give it no other thought.  That takes discipline and strength.  But we are all better for it.  Not only between each other, but in the eyes of those who watch from a distance.  And, quite frankly, we all won’t look so ridiculous!

Yes!  Keep up the good fight.

But let it be done from love—not offense.

Fight against a culture of death.

War against evil and it’s ravaging.

But, do it from an un-offendable heart.

Fight for justice and life.

And through this, we will be known by our love.