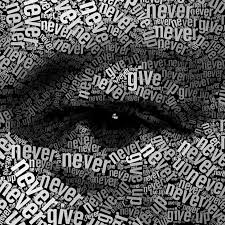 Lots of it.  Some of it has come with kicking and screaming, but I have experience, nonetheless.  “What experience?” you may ask.

Yeah.  It’s not as beautiful as it sounds.  Trust me.  Everyone has one of two tendencies.  That is to fight or flee.  And, actually, I am by nature a flee-er.  Many times the option of “flight” seems pretty alright to me.  So, honestly, I don’t come by this naturally.

But, I am married to….you guessed it!  A fighter.

No, not a fighter, as in, he can’t get along with people and stirs up conflict.  He is the kind that won’t run from a battle.  He knows what is needed and will fight to see it happen.  He’s not a quitter.  His philosophy is, “I may not be smarter or more talented than others, but I can certainly outlast anybody!”  Um, clearly, this has made for some great fun over the years.

I like comfort.  I don’t like to go through the stretching and retching part of life.  I like for everyone to like me.  I want no hardships and certainly no sacrificing.  I want dreams and projects to flow smoothly.  I really don’t want conflict, hate it in fact.  I certainly don’t want to be judged or misjudged.  I like for the tasks I set my hand to to flow without hiccups or roadblocks of any sort.  I want everyone to agree with me and my opinions. And, I certainly do NOT need or want rejection.

It hurts. The hard stuff hurts.

Life tends to bring along those moments when we must choose.

There isn’t any way around it.  Someone or something intrudes into your dream or boundaries.  Something important is at stake.  The life or death of it depends on whether you stay and fight or run and flee.  Maybe it’s your family, a child, a dream, or a way of life. Maybe it’s your calling or vocation.  Perhaps it is fighting injustice or standing up for what or who is right.  Whatever it is, you will have to choose.

Either way, everything hangs in the balance.

I’ll give you 3 examples from my life.  Perhaps you can relate.

First of all, my husband and I started a new church back in 1994.  We were young.  We were inexperienced and truthfully didn’t have a clue as to what we had joined up for.  We were still trying to figure out who we were at the tender age of 24.  We had seen great success stories and figured we could pull off something just like those.  It took 7 years to reach the goal of 100 people.  It took even longer to acquire our own facility.  We worked hard.  It certainly wasn’t for a lack of hard work and sacrifice.  We barely survived on the meager salary.

About the third or fourth year in, I was done.  We had faced apparent failure on many levels.  I wanted to quit so badly!  My husband?  Oh, yes, I know he did.  But, we didn’t leave that congregation until 2008.  He would pacify me by telling me to just give him until May.  If things didn’t turn around by May, we would think about going somewhere else.  Well, he knew that once winter was over in Iowa, things always look better at some level, come May.  I figured him out, finally, about the third year of being told that.  I’m slow.

Second story.  In 2008, our family moved to Virginia to our second congregation.  This seemed as if our dreams were answered in one fell swoop.  Not long after moving here,  it seemed as if we had stepped into a nightmare.  This was a very different hard than our Iowa challenge.  We faced intense obstacles, setbacks, reversals, personal attacks, rejection, strife, and twisted plots.  The personal and professional price has been high. This church was in deep crisis and they weren’t in the mood to be helped.  So many times I could have been packing boxes on a moment’s notice.  All my husband needed to do was give me the word.  I was more than done!

Final story.  The first three years in Virginia seemed like they were from hell.  We took a huge financial hit when the real estate bubble burst and we needed to sell our house and move to Virginia.  Then, my son came to us and told us he had been sexually abused for three years by an authority figure.  Then, my other child was diagnosed with a serious medical condition after months of intense, unexplained pain and slow debilitation. Then, my father passed away after battling Alzheimers for 13 years.  This all happened within the first three years after moving to Virginia.  There were moments during those very difficult years I began to question the presence of God in my life.  I wasn’t so sure He could be trusted.

At any given point in my life, I desperately wanted to throw in the towel.  The pain felt greater than the reward.  And, yes, there have been some serious sacrifices made that only God will be able to make right.  But, we didn’t quit.  There were no magic formulas or bribes to hold us steady. The only promise we had to go on was God would see us through.  It might be painful, it might look ugly, but we would make it if we just didn’t quit.  “Those who quit remember the ordeal.  Those who endure remember the adventure.”  That has become a life value of sorts.

There are many giftings we don’t possess.  There are quite a few things we do well; there have been many mistakes along the way, too.  But one thing which doesn’t require talent or gifting is something we do have—“outlast-attude”.  We can outlast just about anything.

You have to dig deep.  You have to stare your giant in the face and stare it down.  It’s not easy.  But, find the grit and the depth of character to outlast anything life throws your way.  Needless to say, I’m thankful my Honey had enough hutzpah for the both of us!